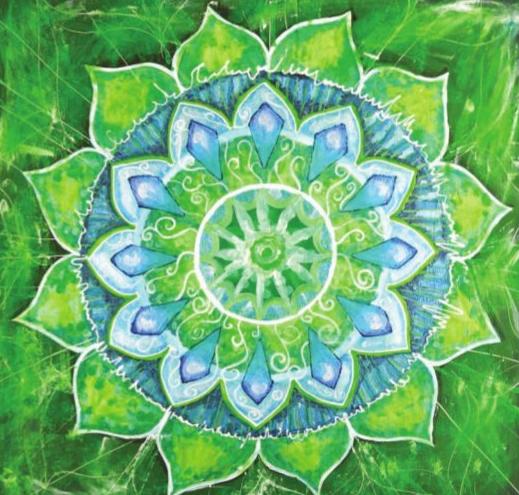 Wilhelm Reich discovered the existence of orgone energy in the 1930s. He said that he had discovered a cosmic life energy – an omnipresent energy too subtle to be measured with everyday instruments.

Reich’s idea of orgone is not new. Most esoteric and metaphysical teachings have emphasised the idea of subtle energies that are found everywhere – from the human body to the air around us – the building blocks of all life on earth. Reich termed it orgone, in Traditional Chinese medicine it is termed Qi, in Ayurveda and tantra it is called prana. Many alternative healing methods, such as Reiki and Quantum Touch, make use of subtle energies in order to heal imbalances in the body.

There are variations between the different theories and characteristics of subtle energy – in particular because they cannot be measured by scientific instruments – instead, generations of people with a natural or practised sensitivity to subtle energies have managed to sense the way in which these work.

Here are the basic properties of orgone energy according to Wilhelm Reich:

Orgone can exist in a healthy form and in a stagnant, dangerous form. In the orgonite community, we differentiate between POR (positive orgone) and DOR (deadly orgone). DOR is also what is known as “stagnant qi” in Feng Shui traditions. Most natural environments which have been untouched by pollution are charged with POR. Most notably, waterfalls, mountaintops and green forests – many of us feel a positive difference when in these environments – the air is cleaner, they are beautiful – but there is also an excess of POR.

DOR is more often than not caused by modern technologies that emit EMF an pollute our environment – for example mobile phone masts and microwaves. Everyone has different ranges of sensitivity to DOR – some people find themselves profoundly negatively affected, and orgonite is a blessing for these people. Being surrounded by stagnant orgone can lead to ill health – and it is very possible that the increase of chronic, incurable diseases we are seeing are caused by our habitats being mainly charged with DOR rather than POR.

I personally feel that the POR-DOR theory also can be explained by the presence of positive and negative ions. To read more about this, see Orgonite – an Ioniser.

Orgone in the human body

We need orgone for our survival, and energy blockages often cause serious illnesses. Orgone runs through our bodies, and different teachings have mapped out different paths along which it runs. Acupuncture is based on the meridian system taught in Tradtional Chinese medicine. When your body is healthy, energy runs unobstructed through these meridians, but blockages in the meridian can cause illness. Acupuncture and acupressure are thought to stimulate the meridians and work to heal the blockages.

The chakra system works in a similar way. In this case, our seven major chakras are vortexes of energy. Each chakra deals has a different function, and if there are any blockages in energy flow in our chakras, this can also result in psychological and psychological symptoms like disease or mental complexes.

Apart from keeping orgonite around you, exercises like Qi Gong, yoga, energy healing, crystal healing and some forms of meditation are good ways to keep a healthy flow of POR in your body, which leads to a healthier and happier body. Our subtle energy systems are also affected by the food we eat, the way we breathe (breathing is one major intake of orgone energy), and even the thoughts we think…

Subtle energy is thought to have an intelligence of its own. This is why orgonite affects people in different ways – the function of orgonite is an invigorating and balancing one, but this may manifest differently according to the individual’s needs – you don’t need to tell orgonite what to do! Although it can also be rewarding to actively work with the orgonite energies.

We can use our consciousness to interact with orgonite and orgone energy. “Mind over matter” – orgone is the building block of our material reality, and we can use our thoughts and emotions to interact wih it and shape our material worlds with it. That is why it is essential to keep positive if you plan to have a lot of orgonite around – the increase in energy causes faster manifestation (POR encourages positivity, so this usually only takes a bit of conscious effort). For this reason, I discourage indulging in negative conspiracy theories that breed paranoia and fear – sadly, they are a big part of the orgonite community.