Water is one of the most plentiful and interesting substances on the planet. It has a variety of physical features. Our understanding of the ability of water to store energy and frequencies is still only in its infancy, and orgonite can help us explore this even deeper. 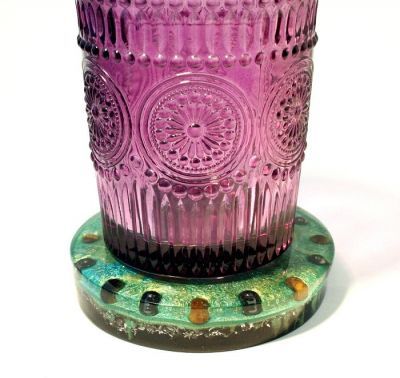 In the 1990’s, Dr Masaru Emoto performed a series of experiments where he observed the effects of words, prayers, music and environment on the structure of water. He had photographs taken before and after exposing the water to the different variables, and then froze the water so that it would form a crystalline structure.

Here are some of the photographic results: 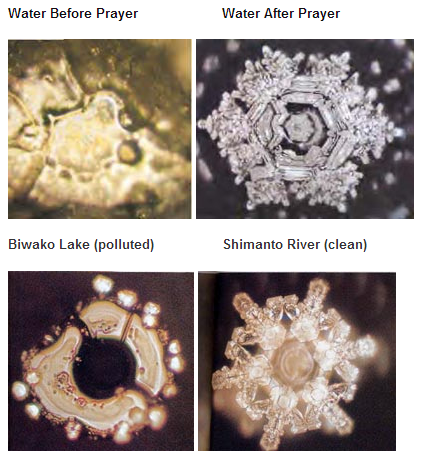 Emoto then decided to write different words and phrases on the containers of the water: 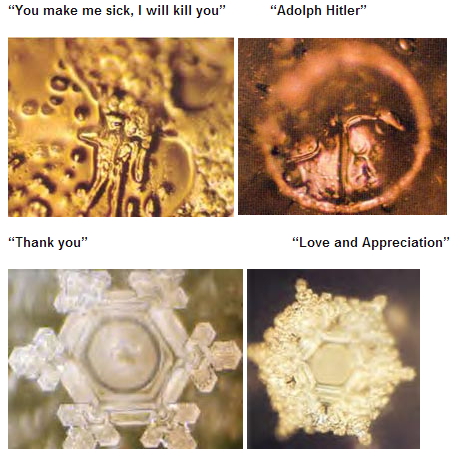 Again, there is a striking difference.  And in order to remove bias from the experiment, Emoto used words in different languages too:

… for our trip to Europe we tried using the words “thank you” and “you fool” in German. The people on our team who took the actual photographs of the water crystals did not understand the German for “you fool”, and yet we were able to obtain exactly the same kind of results in the different crystal formations based on the words used.

So what does this have to do with orgonite? Well, Dr Emoto’s experiments show how easily water is influenced vibrationally.  For this reason, orgonite is especially effective when it comes to harmonising and balancing water.

Many people use orgonite charging plates to revitalise their drinking water, and often the change in taste can be observed after only a few minutes of charging.  Orgonite helps protect against the negative effects of fluoride and chlorine.

One easy way to see the effect of orgonite on water is to freeze water with orgonite directly on top of, or underneath the water. If you want to freeze a control sample, it’s important to do so first, as once you’ve had the orgonite in your freezer, it will have some lingering effect even if you remove it.

So, take a clear glass or a jar, and fill it with water. Leave it in the freezer until it is frozen. Take an image of this to compare it to the orgonite version.

Next, take the same glass with fresh water, and freeze it with the orgonite either directly underneath, or on top of the glass. You should see results similar to the following (pictures from an ice test I did some months ago): 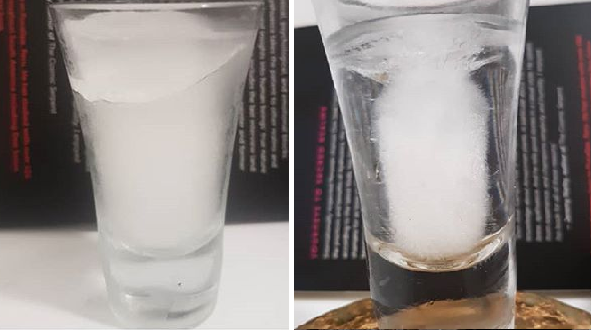 The water to the left was the control, and the photo on the right was frozen on top of an orgonite charging plate.

Here are some images sent to me by a customer who froze the ice cube on the right with an orgonite pendant immediately above it, while the other ice cube on the left was frozen as a control:

Here are some more images of orgonite ice experiments, from the orgonite forum Warriormatrix.com.

As you can see, orgonite has plenty of potential for invigorating and balancing our water supply. One important note though – don’t put orgonite in your drinking water as resin is non-porous, and will dissolve over time. Instead, use a charging plate, or simply keep a piece of orgonite right next to your water. 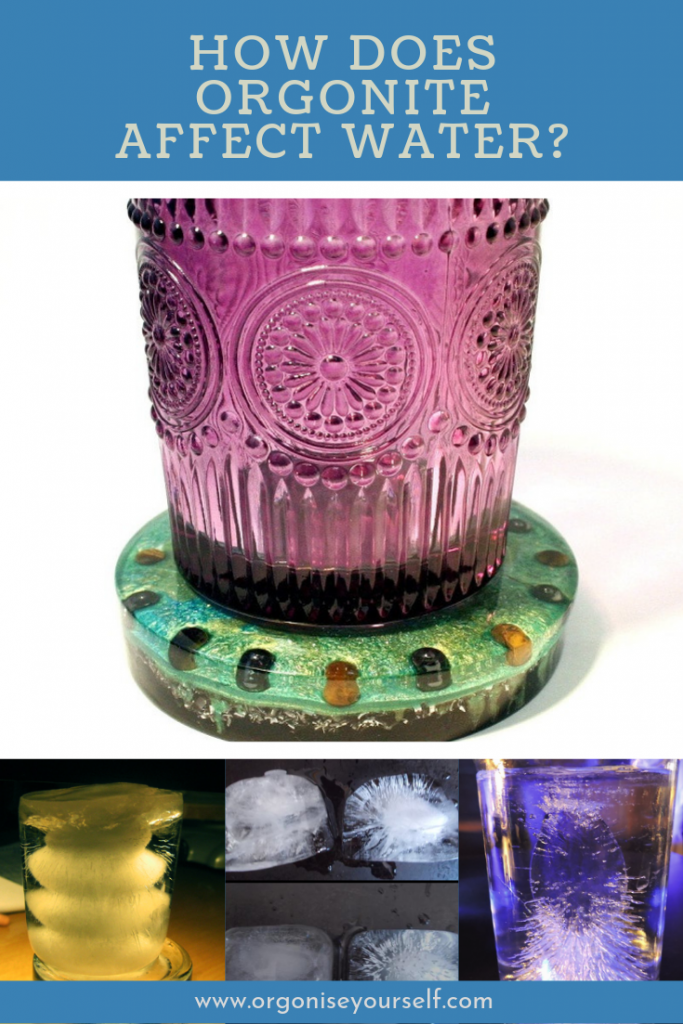